Golgotha, a Hebrew word which also means ‘skull’ or better known as the “place of the skull”. This place has an interesting history. It is the location of Christ’s crucifixion, and it is called both Calvary and Golgotha. The Greek word κρανίον (kran-ee-on), translated as Calvary, means “skull”, which is that part of the skeletal frame known as the cranium. Why was Jesus crucified on a hill known as the place of the skull?

As we can recall, in Genesis 3:15  where we had the first prophecy of the coming of our Lord Jesus to be the Savior of mankind: “And I will put hostility between you [Satan] and the woman, and between your seed and her seed; he shall crush your head, and you shall bruise his heel.”

Unlike the consequences of Adam’s actions to mankind, the death of Jesus brought victory and redemption to us. The crushing of Satan’s head is our first clue as to why Jesus was crucified on Calvary, the place of the skull. Moses prophetically writes that there will come a time when the future seed of the woman will crush the head of the serpent.

Then as we move from Genesis further into the Bible, we receive another information that sheds light on the fulfillment of this prophecy. In 1st Samuel 17, we read about David’s battle with Goliath of Gath. After David killed the giant, Goliath, he cuts his head off and took it to Jerusalem. In those days, victors would often decapitate their foe and then set them or their heads on a hill, stick or a site that would display victory for all to see.

The Scripture doesn’t tell us where David buried the head of Goliath. But come to think of it, he might have buried the giant’s skull in cavalry, but the fact that David brought Goliath’s head to Jerusalem is quite astonishing since, at that point in time David’s enemies, the Jebusites lived in Jerusalem. So then, where did he take it to?

As said earlier, the significance of Jesus being crucified on Calvary, the place of the skull, was to show His victory over His enemy – Satan, thus fulfilling the prophecy of Genesis 3:15. As the nail would have been driven through the heels of the one crucified, the prophecy of Genesis 3:15 was being partially fulfilled-Satan would bruise his heel. The remainder of the prophecy was fulfilled as Jesus was lifted above the ground, the place of the skull and crushing the head of Satan. Jesus was literally in a position over His enemies, over the giants of evil and over death. For through His death, we live. Recall that we wouldn’t be dead if not for sin.

There are other mysteries about “The Place of the Skull” too like it was also said that the skull of Adam was buried by Noah’s son Shem, after the Flood. Shem was guided by an Angel through the barren wasteland and told him exactly where to re-bury the skull of Adam. Christ, the 2nd Adam, 2400+ years later was crucified right on top of the burial site.

Here’s what Passiontide is all about 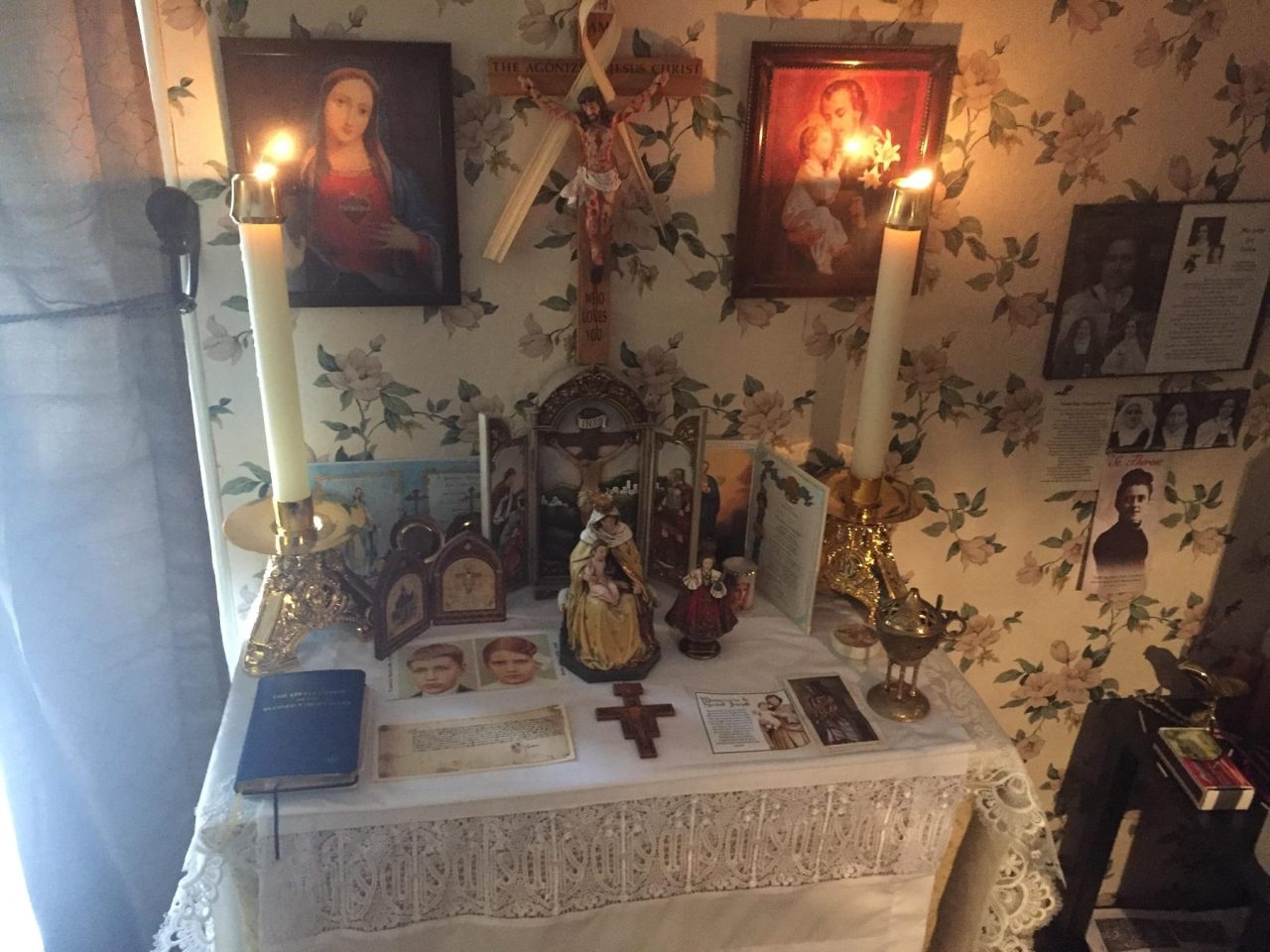