Just like other liturgical seasons, Lent has its own special rules too, and there are certain things that should not be done during Lent. It is important for us to know what the church say about these “don’ts”. Some ask questions like should we have holy water in the fonts during Lent or should they turn into little ash trays? What does the Church actually say?

Well, there are however some rules we must keep to during lent

Here are the six Liturgical “Don’ts” During Lent.

Playing of  the organ and musical instruments with no singing

During Mass at several Parishes, organs and instrumental music are played. Most times a passage is played on an organ or on another musical instrument(s) even though nobody is singing.
With few exceptions Though, this should not be done in Lent.

Thus, the General Instruction of the Roman Missal (GIRM) states in 313: In Lent the playing of the organ and musical instruments is allowed only in order to support the singing. Exceptions, however, are Laetare Sunday (Fourth Sunday of Lent), Solemnities, and Feasts.

Placing of flowers on the altar

It is a popular thing that the altar is decorated with flowers during most times of the year. Flowers are placed around the altar (but not on the table itself). This Should not be done in Lent with a few exceptions too. Thus, the General Instruction states in 305. During Lent it is forbidden for the altar to be decorated with flowers. Exceptions, however, are Laetare Sunday (Fourth Sunday of Lent), Solemnities, and Feasts.

Singing or saying the Gloria

Just after the beginnig of the Sunday Mass, it is common to sing or recite the Gloria (“Glory to God in the highest”).
But not on the Sundays of Lent. Thus;
The General Instruction states:
53. The Gloria in excelsis (Glory to God in the highest) . . . is sung or said on Sundays outside Advent and Lent, and also on Solemnities and Feasts, and at particular celebrations of a more solemn character.

Singing or saying the Alleleuia before the Gospel

During most times of the year we sing or say the Alleluia before the Gospel reading but not in Lent too.
However, the General Instruction states:
62. a) The Alleluia is sung in every time of year other than Lent. The verses are taken from the Lectionary or the Graduale.
b) During Lent, instead of the Alleluia, the verse before the Gospel as given in the Lectionary is sung. It is also possible to sing another Psalm or Tract, as found in the Graduale.

The emptying of holy water fonts

Over the years, some parishes take away the holy water from the holy water fonts or even removed the fonts itself during the lenten period, some have even filled them with sand in some cases.

Their reasons are to convey the thought that Lent is a time of spiritual dryness. That is, a “desert” experience that precedes Easter, in which we refrain from using the holy water sacramental, but, despite its popularity in some places, this practice is not permitted.

It is true that it has been the Church’s practice to empty the holy water fonts during Triduum, but this practice is for a different reason. It is not permitted to have them empty through the whole season of Lent.

This Dicastery is able to respond that the removing of Holy Water from the fonts during the season of Lent is not permitted, in particular, for two reasons:

– The liturgical legislation in force does not foresee this innovation, which in addition to being “praeter legem” [i.e., “apart from the law”] is contrary to a balanced understanding of the season of Lent, which though truly being a season of penance, is also a season rich in the symbolism of water and baptism, constantly evoked in liturgical texts.

In other words, the practice of the Church has been to empty the Holy Water fonts on the days of the Sacred Triduum. This is in line with the preparation of the blessing of the water at the Easter Vigil, and it corresponds to those days on which the Eucharist is not celebrated that is, the Good Friday and Holy Saturday [3/14/03: Prot. N. 569/00/L].

In recent times, some parishes have veiled or otherwise removed crosses and statues as soon as the Lenten season begins. This is misunderstood. This practice is permitted beginning with the Fifth Sunday of Lent, but not before.

Thus, the Roman Missal states:
The practice of covering crosses and images throughout the church from this [Fifth] Sunday may be observed.

Crosses remain covered until the end of the Celebration of the Lord’s Passion on Good Friday, but images remain covered until the beginning of the Easter Vigil.
Notice that the practice is option (the practice “may be observed” not “is to be observed”).
If it is not observed, in a particular parish, from the Fifth Sunday of Lent, there is additional encouragement to do remove or veil crosses after the Mass of the Lord’s Supper on Holy Thursday.
The rubrics in the Roman Missal for that day state:
At an appropriate time, the altar is stripped and, if possible, the crosses are removed from the church.
It is expedient that any crosses which remain in the church be veiled. 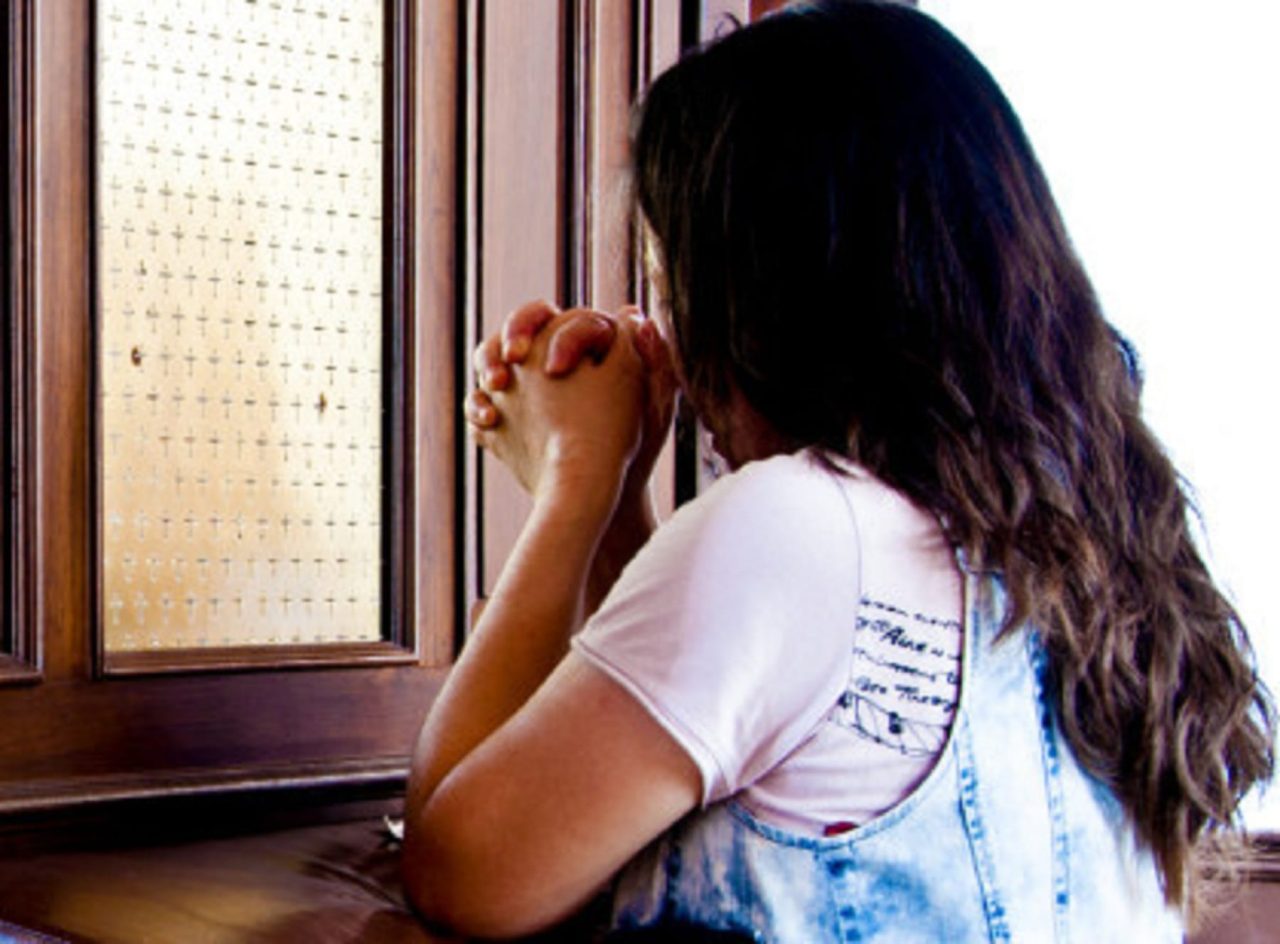 The 3 Most Valuable Lenten Observances

Why do Bishops wear hats?