This isn’t always the case. I know some Protestants who comprehend the devotion to Mary but for the most part there is still a lot of misconception in the non-Catholic world on this issue. I know Protestants who accede with most of the doctrines of the Catholic faith but still have a difficult time with Marian devotion.
I can comprehend the confusion about Mary’s role in the Catholic Church.

I mean, if Catholic’s say they don’t worship Mary then why are they always talking about her? Why do they pray the rosary so much? There’s nothing wrong with asking these questions. Even a Catholic who doesn’t comprehend the practice should seek the answers to these questions. There are very good reasons Catholics are so devoted to Mary.

Here are four of them:

1.) Mary Is the Ark of the New Covenant

This sounds like an odd reason, I know, but the Ark of the Covenant was a crucial part of the faith of God’s people in the Old Testament. Therefore, if we can show that the Ark of the Old Covenant was a foreshadowing of Mary then it might be easier to comprehend her role in the faith.
God gave specific instructions on how to build the Ark starting in Exodus chapter 25, verse 10. The Ark held three things of great relevance: the manna (miracle bread) from heaven, the staff of Aaron who was the high priest, and God’s word on stone tablets (Heb 9:4).

Likewise, Mary held in her womb three things: the true manna, the true high priest, and the Word of God. Jesus says, “I am the bread that came down from heaven.” (John 6:51). He is the high priest (Hebrews 4:14) and he is the Word, not of stone, but the Word become flesh (John 1:14).

With this knowledge in mind take a look at Revelation chapters 11 and 12. The Ark, which was so relevant to the people of the Old Testament, had been lost for a very long time and here it was being revealed to John by God, “Then God’s temple in heaven was opened, and within his temple was seen the ark of his covenant” (Rev 11:19). Pay close attention to the verses that follow, “A great sign appeared in heaven: a woman clothed with the sun, with the moon under her feet and on her head a crown of twelve stars; and she was with child; and she cried out, being in labor and in pain to give birth” (Rev 12:1). “And she gave birth to a son, a male child, who is to rule all the nations with a rod of iron; and her child was caught up to God and to His throne” (Rev 12:5).

If you read this in your Bible at home you might be tempted to say “Hey, the ark appears at the end of chapter 11 and the verses about Mary are in the next chapter. The division of Scripture by chapter and verse was developed in the 13th century. Before that there was no division between Revelation 11:19 and 12:1. John was speaking of Mary when he referred to seeing the ark of the covenant.

Further study into the ark of the old covenant will give a greater view into the way Catholic’s view Mary’s role in the Church. I suggest reading a book titled “Hail, Holy Queen” by former Protestant minister, and now Catholic scholar, Scott Hahn. The book can be found on Amazon and local Catholic bookstores.

There are other interesting parallels between the Ark of the Old Covenant and Mary. The point, though, is that the ark of the old covenant was treated with great reverence and respect. It was considered holy because of what it contained. It wasn’t worshiped and it didn’t stop the faith of God’s people. In other words, it increased their faith and was a means by which God blessed his people. Likewise, Mary is considered holy by God’s grace. She is not worshiped and devotion to her doesn’t hinder our faith. In fact, it can increase our faith and be a means by which God blesses us.

“And Adam called his wife’s name Eve because she was the mother of all living” (Gen 3:20). Mary is often called the New Eve except she succeeds where the Old Eve failed. Bishop Irenaeus in AD 202, just over a century after Jesus’ death, wrote, “The knot of Eve’s disobedience was loosed by the obedience of Mary. The knot of which the virgin Eve tied by her unbelief, the Virgin Mary opened by her belief”. He also says “If the former [referring to Eve] disobeyed God, the latter [referring to Mary] was persuaded to obey God, so that the Virgin Mary became the advocate of the virgin Eve. And thus, as the human race fell into bondage to death by means of a virgin, so it is rescued by a virgin”.

I did not set out to provide a complete explanation of why Catholic’s believe Mary was born without sin. However, I would like to say that the first Eve was born without sin. Therefore, it’s not a stretch to believe that the Mother of Jesus, the one who was to usher in the Savior of the world, enjoyed the same gift as the person who ushered sin and death into the world.

If Mary was born without sin does that mean she didn’t need a savior? No. We believe she was saved in a different manner – before she was tainted by sin. Imagine Mary is walking through the woods when she steps on a bear trap. Jesus comes along and helps her get her foot out of the bear trap. He saved her. In another scenario Mary is walking through the woods but right before she is about to step on the bear trap Jesus swoops in and stops her. In as much as she wasn’t harmed by the bear trap, she was still saved by Jesus. She still needs a Savior because she would have stepped on it had he not prevented her. Why would God save her in a different manner than the rest of humanity? I don’t know. Why did God select Mary to be the mother of Jesus? He could have chosen anyone else in any time period but he chose Mary. My guess is that he chose her not because she was the most powerful, or vocal, but because she was the most humble and open to God’s will.

3.) Mary Is A Great Example of What It Means to be Human and to be a Saint

Pope John Paul II explains, in his lectures on the Theology of the Body, that woman, in the image of her body, shows all humanity the example of what it means to be human. Precisely, Mary is an example of what it means to be a follower of Christ. In this age, we have so many powerful speakers and leaders, and we can easily forget that the central message of the Gospel is to accept God’s proposal to marriage. Throughout the  Scripture, we are always reminded that God is a husband and that Jesus is the bridegroom. Sometimes our biggest obstacle is to let God love us. Being open to the will of God for us can be difficult because it needs an active passivity.

In some situations when a man tries to open the door for a woman she might say “thanks, but I can do it myself”. We can sometimes feel that we need to prove our self sufficiency and show that we are not dependent on anyone. ver, moreover humility demands that we recognize our complete dependence on God. We can do nothing on our own. God’s grace is at work to keep us alive and in existence. Mary was the prime example because when the Angel Gabriel came to her and said “you will bear conceive and bear a son … and He will be called the Son of the Most High” (Luke 1:31-32) her reply was one of being open to the will of God “I am the handmaid of the Lord; let it be done to me according to your word” (Luke 1:38).

That’s what makes Mary so important?

Yes. What makes Mary most relevant is that when someone comes to her she tells them “Do whatever he tells you” (John 2:5). That is our example – to point others to Jesus. That’s also why the apostles are so relevant to the Church. Their role was simply to bring others to Christ. Mary brought others to Christ by bringing Christ to the world. And she did it through obedience to God’s will.

4.) Jesus Gave Us Mary to be Our Mother

The simplest answer we can give for our devotion to Mary is that she is our mom too.
The last act of love Jesus performed before his death on the cross was to share his mother with us. “When Jesus saw his mother and the disciple whom he loved standing beside her, he said to his mother, ‘Woman, here is your son.’ Then he said to the disciple, ‘Here is your mother.’ And from that hour the disciple took her into his own home” (John 19:25-27). Throughout the Gospel of John, John refers to himself as the beloved disciple or the one whom Jesus loves (examples: John 13:23, 21:7).

This could be taken as a little odd and possibly arrogant of John but John and God are really trying to explain something to us. We are the ones whom Jesus loves. We are the beloved disciples. John is representative of all the beloved believers and that’s why in John 19:25 – “When Jesus saw his mother and the disciple whom he loved” – John didn’t refer to himself by name. He wanted us to know that Jesus was giving his mother to the beloved disciple. He selects his words carefully to show us that Jesus was giving the gift of his mother to all of us. 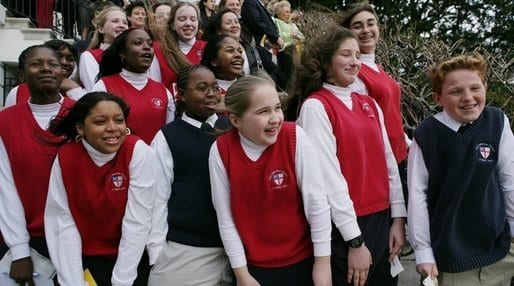 3 Ways Catholic Schools Are A Blessing To The Church

If you need to make a sacrifice, Say this prayer with the Fatima children 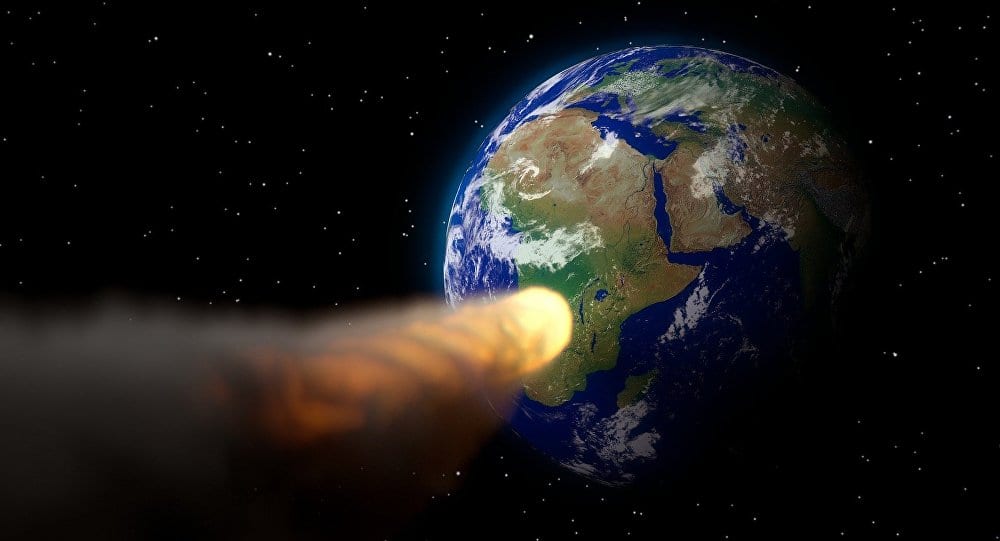