People often assume it’s something that was “made up.” and many Protestants believe that Catholics look to Tradition instead of Scripture. It is not true.

Catholic Tradition stands with the Scripture in forming the one single deposit of the Catholic Faith. The Sacred Tradition is not in opposition to the Scripture, in fact, they complement and confirm each other.

Vatican II’s Dei Verbum speaks of “a close connection and communication between sacred tradition and Sacred Scripture”. Notice that “both of them… [flow] from the same divine wellspring.”

According to it, “Sacred Scripture is the word of God. And it is considered to be written under the inspiration of the divine Spirit, while sacred tradition takes the word of God entrusted by Christ the Lord and the Holy Spirit to the Apostles, and hands it on to their successors in its full purity.” The Church, “led by the light of the Spirit of truth, …may in proclaiming it preserve this word of God faithfully, explain it, and make it more widely known.” (Dei Verbum, 9)

This statement reveals another key aspect of Catholic Tradition which is that it is linked to the active work of the Holy Spirit.

The Sacred Tradition comes from Christ. It is Christ’s gift to the Apostles and it is faithfully handed down through each generation. It is through this Tradition that the Holy Spirit allows the Risen Lord to be present among us, offering us the very same saving Word and Sacraments that he gave to the Apostles!

The meaning of Tradition

The word “tradition” actually means “transfer” or “hand over” of something to another person.

Here are some parts of the Scripture that testify to this meaning of Catholic Tradition as the normal mode of transmitting the Faith:

“So then, brethren, stand firm and hold to the traditions which you were taught by us, either by word of mouth or by letter.” (2 Thess 2:15)

“…I know whom I have believed [i.e., Jesus], and I am sure that he is able to guard until that Day what has been entrusted to me. Follow the pattern of the sound words which you have heard from me, in the faith and love which are in Christ Jesus; guard the truth that has been entrusted to you by the Holy Spirit who dwells within us.” (2 Tim 1:11-14)

“You then, my son, be strong in the grace that is in Christ Jesus, and what you have heard from me before many witnesses entrust to faithful men who will be able to teach others also.” (2 Tim 2:1-2)

“…I found it necessary to write appealing to you to contend for the faith which was once for all delivered to the saints.” (Jude 1:3)

The most basic meaning of Catholic Tradition is that it is the true Faith itself, given to the Apostles by Christ and faithfully transmitted to each new generation. (Catechism, 77-78)

When we write Tradition with a capital ‘T’ it means Sacred Tradition. This Catholic Tradition is different from those traditions (small ‘t’) that are merely customs, and which are not part of Divine Revelation.

Source of Catholic Tradition According to the Apostolates

The Council notes the importance of seeing that Catholic Tradition is firmly rooted in the Apostles as it is Christ’s whole gift to us all.

In His gracious goodness, God has seen to it that what He had revealed for the salvation of all nations would abide perpetually in its full integrity and be handed on to all generations. Therefore Christ the Lord in whom the full revelation of the supreme God is brought to completion…, commissioned the Apostles to preach to all men that Gospel which is the source of all saving truth and moral teaching, and to impart to them heavenly gifts.
(_Dei Verbum_, 7)

It is specifically this “commissioning of the Apostles” that is fulfilled in the handing on of Catholic Tradition.

The Apostles dedicated themselves to this mission, and they appointed other faithful men to succeed them and carry on their work. That same passage of Dei Verbum continues:

This commission was faithfully fulfilled by the Apostles who, by their oral preaching, by example, and by observances handed on what they had received from the lips of Christ, from living with Him, and from what He did, or what they had learned through the prompting of the Holy Spirit. The commission was fulfilled, too, by those Apostles and apostolic men who under the inspiration of the same Holy Spirit committed the message of salvation to writing.
(_Dei Verbum_, 7)

More than that,  He said that it is the active, continuous work of the Holy Spirit in our particular time, made real and tangible “the active presence of the Lord Jesus in his people, realized by the Holy Spirit”.

Due to the fact that the Catholic Tradition is seen as the active presence of Christ through the work of the Spirit, it encouraged the “transmission of the goods of salvation” to us:

Thanks to Tradition, guaranteed by the evangelism of the apostles and their successors, the water of life that flowed from the side of Christ and his saving blood comes to all men of all times. In this way, Tradition is the permanent presence of the Savior who comes to meet, redeem and sanctify us in the Spirit through the ministry of his Church for the glory of the Father.

It is important that we understand the divine action of the Holy Spirit within the Church and how essential it is to Catholic Tradition. It is what makes Sacred Tradition something far different than mere human traditions.

It is through that same action of the Spirit, that we are incorporated into the Communion of the Saints. It ensures the connection “between the experience of the apostolic faith, lived in the original community of the disciples, and the present experience of Christ in his Church.”

Why do we need to attend Mass regularly? 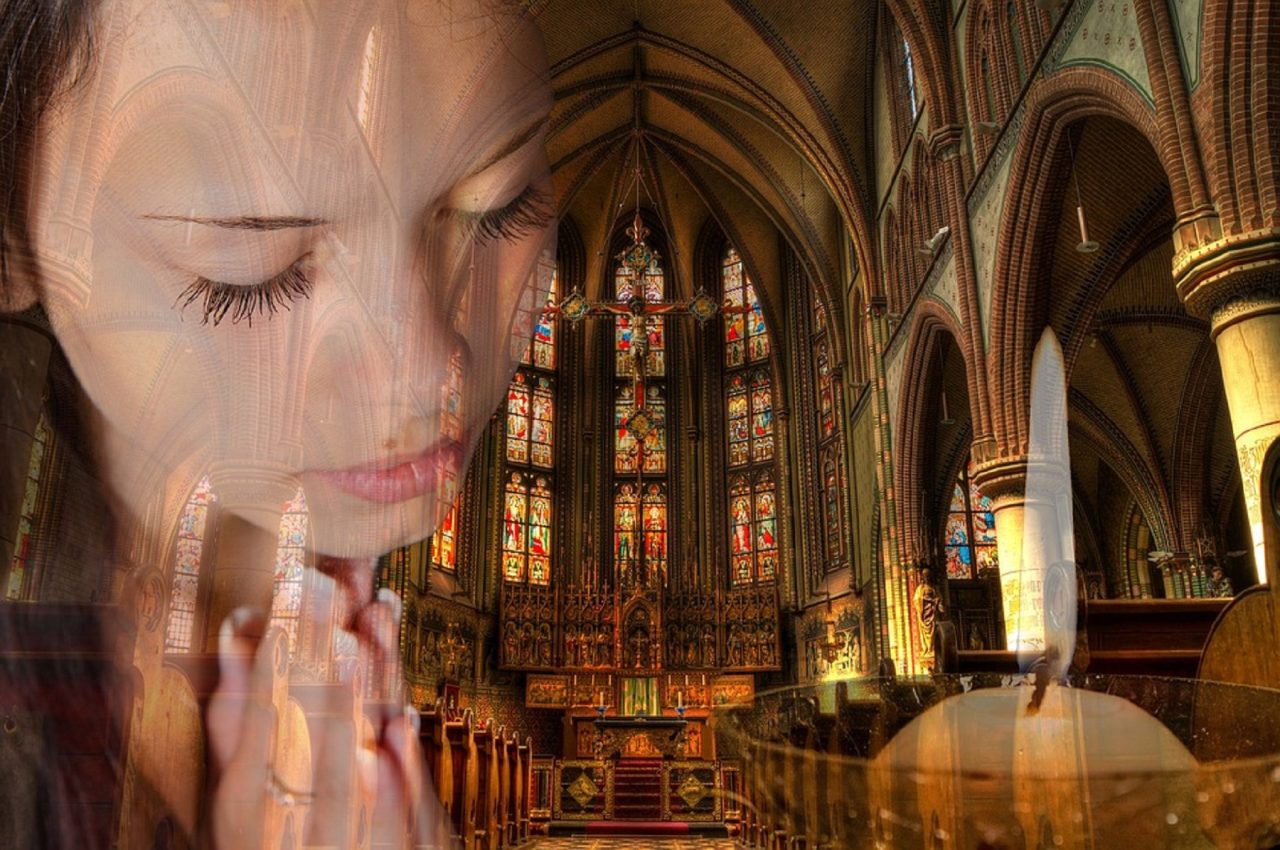 14 Mind-Blowing Facts You Need To Know On The Church