The idea about what we must do and whether it’s worth doing comes down to two things: the true and the good. If Catholicism or any religion is true and if it is good for us then we ought to desire it; and we must desire to do it. After all, we want everything else that is true and good. Nobody likes to be lied to, and nobody wants to be unhappy. We want to live in the real world; and we want to be happy while we’re at it.

This is specifically what the Catholic Church instructs. It promises to be the indestructible “pillar and bulwark of truth” as the one institution established and empowered by God himself. It also assures us hope in this life and undying joy in the next to those who persevere in love. Sounds like a good deal; if it’s true.

Why be Catholic? Because to be Catholic is to be in full union with the one thing that can make you most sane and most happy. A pure claim, to be certain, but it’s not an arrogant claim. It’s a truth claim. I am Catholic because I am convinced the Church is the only place I will find the fullness of truth and joy. That’s why I’m Catholic: because I believe Catholicism is true.

G.K. Chesterton believed that often the first step for a convert is the decision to be fair to the Catholic Church. That’s right—fair. Most times those who are skeptical towards Catholicism are quick to give their objections and are, probably, too caught up in admiration of their own objection to hear the Catholic response. In effect, the skeptic becomes like the golfer who is too busy admiring his long drive to realize it’s headed straight for the water trap—the golfer who looks away in self-contentment before he sees where his ball is about to land. The water trap gets the best of the long drive, but the golfer isn’t paying attention.

Catholicism is both logical and evidence-based, but most skeptics just haven’t been listening. Shortly after his full entrance into the Catholic Church, Chesterton wrote in his book The Catholic Church and Conversion:

The issue with many of the objections towards Catholicism is not that they are illogical; indeed they are often logical. But a logical argument is not always a good argument. The contention that all Canadian Prime Ministers are aliens, and thus because Justin Trudeau is the current Canadian Prime Minister he must be an alien, is a logical argument; but it’s foolish. One who makes that argument hasn’t considered all of the evidence seriously. It’s an unfair and thus intellectually dishonest argument.

The main point I am trying to explain is that there are good reasons to be Catholic. Here are three of them:

One of the shocking things I have discovered is how plainly biblical her teachings were. We believe that we are saved by grace because St. Paul, under the inspiration of the Holy Spirit, says so (Eph 2:8). But we also believe that we are saved by faith—but not “by faith alone” because that’s what the Bible says (James 2:24). We believe true faith works in love and thus we must “work out our salvation with fear and trembling” (Gal 5:6; Phil 2:12). We believe that the deposit of faith has been passed down through the Sacred Writings and also by sacred oral tradition because that’s what Paul taught (1 Thess 2:13; 2 Thess 2:15; 1 Cor 11:2). We believe that priests can forgive our sins in the presence of Christ because Jesus said to the apostles “whose sins you forgive are forgiven them” (John 20:21-23). But we also believe that the grace required for our salvation comes freely through the sacraments, beginning with baptism because the New Testament says things like “Baptism…now saves you” (1 Pet 3:21).

We also believe in the authority of the Church as the teacher and interpreter of the faith. Jesus makes the final authority of the Church clear in Matthew 18 and, furthermore, St. Paul calls the Church” the pillar and bulwark of the truth” (1 Tim 3:15). We recognize Peter and his successors as the leader and Prime Minister of the Church because, well, it is a sort of sociological necessity; even for the Church of God. Every institution on earth needs a “boss” because people disagree on things. But also, Jesus changed Simon’s name to Peter (signifying a new mission like when God changed Abram’s name to Abraham) and then gave him “the keys” and the power to bind and loose (Matt 16:18-20; Is 22). There can be no mistaking it: Jesus gave Peter authority over the Church, and his successors (see Acts 1:20) would inherit that authority.

There are many aspects of Catholic belief that cannot be instantly achieved by deductive reasoning: that God is a Trinity, for instance. But the idea of one God in three co-equal and co-eternal persons is not a logical contradiction either; it just needs fine distinctions to be made and understood—namely, the distinction between person and nature.

But some religious doctrines can be achieved through deductive logic. The Church from her fundamentals has always recognized that there are footprints of God in the natural world. St. Paul wrote in his letter to the Romans that God’s existence can be known through the observation of created things (see Rom 1:20). Science combined with reason is a powerful combination for the believer.

Different arguments that address the question “Why is there something rather than nothing?” show how religious truths can indeed be reached logically (like God’s existence, for example). Since reason tells us that things do not pop into existence without a cause, and scientific investigation (as well as philosophical reasoning) makes a good case for the starting of the universe, it can thus be concluded that the universe has an eternal, all-powerful cause unbound by space and time.

And of course there are the cosmological arguments of St. Thomas Aquinas who observed (building on the arguments of the pagan Aristotle), for instance, that an infinite regress of causes leads to logical issues; and thus there must be an infinitely perfect being—an Uncaused Cause—behind it all to get the domino effect going in the first place (as well as to sustain it here and now). Indeed it was such arguments as these that played a huge part in moving perhaps the 20th century’s most popular atheist, Antony Flew, to belief in a Creator.

3. We believe in the Eucharist.

We strongly believe in the Eucharist because Jesus said “unless you eat the flesh of the Son of Man and drink his blood you have no life in you” and “my flesh is food indeed”. Then the night before he died he showed the apostles how this was to be done by revealing his flesh and blood in the form of bread and wine. “Do this”, said Jesus. And to this day the Catholic Church continues to do this in memory of Christ making present today the once for all sacrifice of Jesus on Calvary. The Eucharistic sacrifice is a re-presentation and this is the source and summit of the Christian life.

That is why a Eucharistic Church is the final resting place for every human. It is the one place where spiritual and bodily communion is possible with God in this life: and from that one great meeting with God flows all kinds of great possibilities. That is primarily why I am a Catholic. Because of the Eucharist. I believe it is found in the Communion of the Catholic Church—and only there. The Catholic Church, I believe, is where man finds everything he is seeking for.

Find out how much the Blessed Mother loves her spiritual children 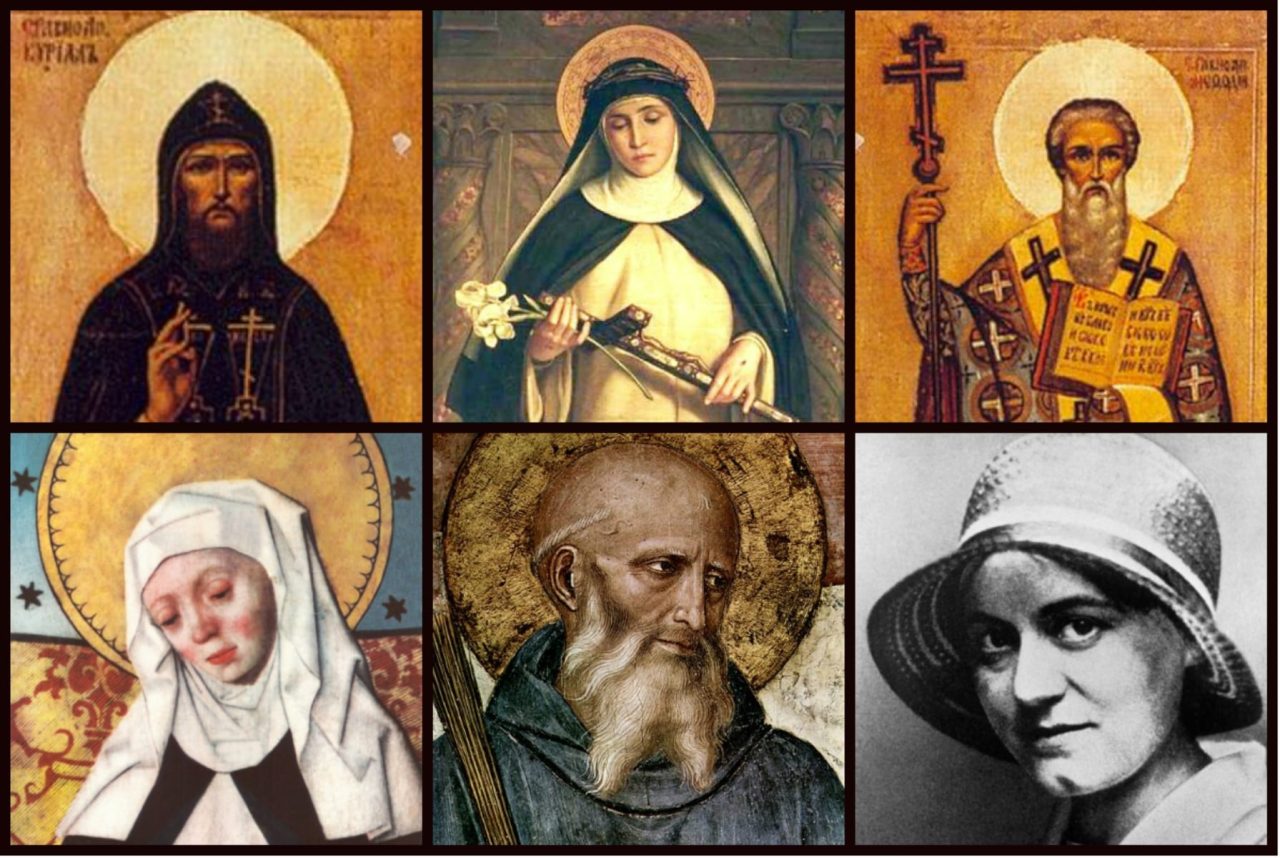 What a Rule of Life Is and Why You Need One